(This mod now works on real hardware without a gecko code, but a couple extra sound effects still won’t play correctly unless played on Dolphin, but it’s otherwise perfectly playable and enjoyable on a Gamecube.)

The Super Luigi Sunshine mod has been a thing for quite some time, but there was no simple way to get this mod until this xdelta was created.

The mod started by just replacing Mario’s model with the Luigi model from Super Mario 64 DS, but a custom model to fit the Sunshine theme was eventually created along with many other features. In addition to converting these assets into a simple xdelta patch, new features have been added as well, including Luigi voice-clips!

(Please remember that editing Super Mario Sunshine sound effects is still a very buggy process and that a few sound effects, Luigi’s voice or not, may not play or play distorted.)

Previously worked on by:

New features made by:

Full permission was given for Nintendo 64 Wizard or anyone else of with interest to continue this mod when the assets were released by Marionova64 here at the request of Melonspeedruns: https://www.youtube.com/watch?v=YPCaZ_li4iY 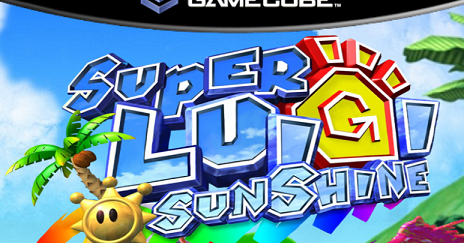 What it doesn’t feature (yet):

Addressing a couple complaints this mod has gotten:

If anyone is able to improve this hack by adding anything listed as lacking, send Nintendo 64 Wizard the new asset(s) (and explain how you made them) at [email protected]

If the asset(s) are quality enough to be in this mod, the creator’s name will be added to the credits, both on this page and in-game.

(Unfortunately, the xdelta patch must be downloaded offsite because files exceeding 30MB in size are not permitted onsite.)

Added a custom title on GameTDB and added the Title ID to be “GLSE01″ https://www.gametdb.com/Wii/GLSE01