And the related FAQ: Where can I find the Office Proofing Tools?

The primary purpose of Office language packs — now called language accessory packs for Office 2016 — is to change the display language of Office menus, dialogs and Help into your native language, just as Windows language packs do for the overall system. But they are accompanied by a free handy toolset you can use across languages: the Office Proofing Tools.

In the past, many users purchased Office language packs only to obtain the proofing tools, but in recent versions all or most of these tools have been made available for free separate download.

Office Proofing Tools include an option to right-click and select 'Translate' from the context menu, and a 'Translation ScreenTips' feature that displays explanations in another language while you hover over buttons and other options in the program.

The proofing tools will also allow you to sort Simplified Chinese by number of strokes or Pinyin, and Traditional Chinese by strokes or Zhuyin. In English and most other non-Chinese editing languages, Hanzi will sort by Unicode code point values. That is generally in Kangxi dictionary order, although I believe it gets weird once you get into the number ranges of rare characters. But after installing Chinese proofing tools, sorting in Word and Excel will work the way most Chinese speakers expect. See the FAQ page on sorting Chinese characters in MS Excel and Word for instructions on setting up and using this feature.

Simplified/Traditional Chinese character conversion is also included. In recent versions of Office, that feature lives in the Review ribbon. If you try to run that converter and get a message saying 'More than one file necessary to do TC/SC translation is missing', you don't actually have the feature installed and will need to download proofing tools or a language pack by following the instructions below.

Where to Get Office Language Packs & Tools:

For Office 2013 you can download the Chinese Proofing Tools and Translation ScreenTips for free. And although Microsoft also sells USD $24.99 简体 and 繁體 Office Language Packs for those needing the entire user interface in Chinese, you can just reinstall Office entirely in Chinese at no additional cost if you have an Office 365 subscription or education/enterprise license. Office 2013 'Language Preferences' (in your Start menu with Office) contains links to the Microsoft download page, but here it is direct: Office 2013 Language Packs, Proofing Tools and ScreenTips

For Office 2010 Microsoft offers a free download of Chinese ScreenTips and they were selling single-language Office Language Packs with the proofing tools included (for USD $24.95 each, in 简体 or 繁體 versions, with Chinese-language installers only), but last time I checked those language packs had once again disappeared from the Microsoft Store and other sites.

Feel free to search for these 600MB Office 2010 language pack files yourself, or let me know if you need help:

If you only need the free 2010 input method updates, those are still available free. See my FAQ pages on the mainland/Singapore MSPY 2010 IME update and the Taiwan/HK/Macau 'Office'IME 2010 update.

For Office 2007, all three features were inside downloadable single-language packs, but I can't find those online anymore. They were also on the last of three discs, 'Proofing Tools', in the full 36-language Office Multi-Language Pack 2007 DVD package. It offered English-language installers, but was rather expensive. It is usually out of stock but sometimes is posted for sale by independent sellers on Amazon.com. You might also try auction sites like eBay.

You can also try searching for the following 500MB Office 2007 language pack files, or let me know if you need help: 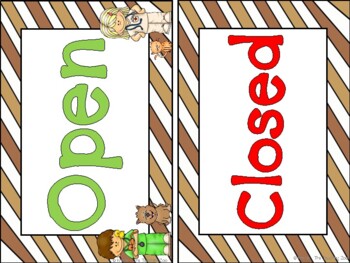 For Office 2003 you had the same choices once, except they were called MUI (Multilingual User Interface) Packs. These are no longer sold retail, so you may need to hunt around on sites like eBay where you may find a good deal. Here are is an eBay search for Office MUI / Language Packs.

NOTE: the single-language packs sold anywhere except Microsoft's own site are almost always Spanish, even if the seller doesn't specify.

Free online character converters abound, and this may be all you need. Check the Free Online Chinese Tools section of my More Apps & Tools page. But when you do this you may have problems with the invisible underlying code points in your documents, so see also my instructions on traditional/simplified encoding if the characters keep changing back or other strange symbols appear. (Even though that FAQ page is meant to help people with ruby text, the same trick works for text you've converted online.)

It's hard to keep up with Microsoft's changes — and ever-changing download links — without help and prodding from all of you out there, so please feel free to contact me with questions, comments, and suggestions anytime.